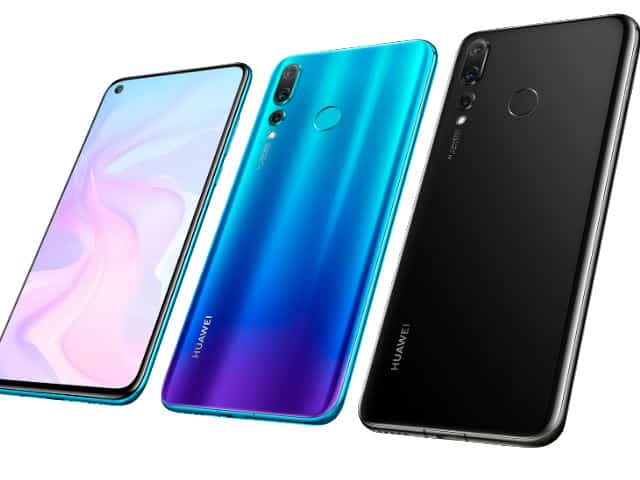 As we know, this feature is very useful in today’s digital era. With the Near Field Communication feature, we can make non-cash transactions very quickly without having to bother using a card again, just use a smartphone.

So a cellphone with this NFC feature can function as a communication tool as well as a wallet, because we can easily make various payment transactions with just a cellphone.

Huawei Mate 20 Pro is included in the sultan’s class cellphone which has fierce specifications, according to the price which reaches 11 million and above. This cellphone already supports NFC and is suitable for those of you who have a thick budget.

The phone, which was released last year, already uses the HiSilicon Kirin 980 chipset with only 7 nm processing technology. This is what makes the performance of the Huawei Mate 20 very fast, especially coupled with the support of an Octa-core processor with a speed of 2 × 2.6 GHz + 2 × 1.92 GHz + 4 × 1.8 GHz, it is guaranteed that all heavy applications and games can be crushed easily.

In the display section we will find a 6.39-inch OLED capacitive touchscreen with a resolution of 1440 x 3120 pixels which feels very relieved.

With the support of a thin bezel design and a pixel density of 538 ppi, it guarantees that the visual display produced by the Mate 20 Pro will look very sharp and clear. In the graphics processing section we will find the Mali-G76 MP10 graphics card which is said to be good for gaming.

Turning to the camera section on the back of the cellphone, we will find a camera with triple technology with a resolution of 40 MP + 20 MP + 8 MP. While the camera for selfies has a resolution of 24 MP. In terms of photography, the Mate 20 is also quite okay, we can produce bokeh photos both with the rear camera and front camera.

One thing that fans of Huawei products quite like is that the embedded battery capacity never disappoints. This Mate 20 comes with a battery capacity that is quite balanced with the specifications it carries.

We will get a battery with a capacity of 4200 mAh which is considered strong enough to keep the cellphone on all day in normal use, so there is no need to worry about having to charge it many times. For those of you who really have a budget and want to get the latest Huawei NFC cellphone with solid specs, this Mate 20 Pro is the choice.

If we go down a bit, we still have the Huawei Mate 20 as a pretty okay choice. This cellphone is the predecessor of the Mate 20 Pro with specifications that are not too different.

The Huawei Mate 20 carries a slightly wider IPS LCD capacitive touchscreen, which is 6.53 inches with a resolution of 1080 x 2244 pixels. The display quality of this cellphone is indeed lower than the pro version, but if you are not a fan of the visual appearance, it seems that the difference will not be too pronounced.

In the kitchen, we will get specifications similar to the Mate 20 Pro. This cellphone also uses the HiSilicon Kirin 980 (7 nm) chipset and the exact same Octa-core processor, which differs only in the slightly smaller RAM option.

In terms of price, we might be able to save a hefty budget, currently the Mate 20 is priced at 7-8 also in the Indonesian market. If your needs are not too heavy, then this Huawei NFC cellphone can be the right choice in 2019. [tahun] this.

If you have a budget of around 2 million, then we have the choice of Huawei Y7 Pro which also supports NFC.

Turning to the camera section, we can also enjoy the sophistication of the rear camera with dual camera technology with a resolution of 13 MP + 2 MP which is capable of producing a good bokeh effect.

This cellphone has specifications that are fairly solid in the low end class. Considering the price which is not up to 2 million, it feels like this cellphone is quite worthy of being an option.

Huawei P smart is here to fill the middle class market who wants a cellphone with strong performance but the price is still affordable.

This cellphone uses the Hisilicon Kirin 710 chipset (12 nm) which is powered by an Octa-core processor with a speed of 4 × 2.2 GHz & 4 × 1.7 GHz. From here, we can conclude that this cellphone has reliable performance. Coupled with the presence of a Mali-G51 MP4 GPU and 3 GB of RAM support.

In the camera section, we will be spoiled with a Dual 13 MP + 2 MP rear camera and a 16 MP resolution front camera that already supports full HD video so it can be used for live streaming with clear images.

The only thing that is somewhat lacking from this Huawei NFC cellphone is its battery capacity which is slightly lower than the other series. Huawei P Smart is only equipped with a 3400 mAh battery.

In class 3 million we have the Huawei Nova 3 that you can make a choice. This cellphone also has specifications that are quite capable to meet daily routine needs. Even with chipset support
Hisilicon Kirin 970 (10 nm), Octa-core processor, and 6 GB of RAM in the kitchen spur, Huawei Nove 3 is also quite solid for playing games.

This cellphone already supports NFC so that we can use it for various purposes of non-cash online transactions easily. If you are looking for a cellphone with high specifications but the price is not too expensive, then this Huawei Nova 3 can be the right choice.

So that’s the list of Huawei cellphones with NFC features in [tahun] this. Hopefully it can be a useful reference for you.