In April 2022, most of the world’s smartphone manufacturers released their newest series products. Whether it’s a product with an update from the previous series or a completely new product. This April 2022 HP recommendation also consists of affordable to medium prices.

First, there is the Samsung Galaxy 53 which has a 6.5-inch Super AMOLED screen with Full HD + resolution and a high refresh rate. The kitchen is already using Exynos 1280 5nm. The front camera of this cellphone is 32 MP and there are four rear cameras, each 64MP Wide, 12MP Ultrawide, 5MP Macro, and 5MP Depth. The storage capacities to choose from are 6GB/128GB and 8GB/256GB. The battery power is 5,000mAh and the design is equipped with IP67.

Price of Samsung Galaxy A53 5G: Starting from Rp. 5.9 million After appearing with several series on Xiaomi 12 some time ago, this series is also present in the Lite version which is already getting a green signal in Indonesia. The Xiaomi 12 Lite uses a Full HD+ AMOLED screen. The main camera sector has a resolution of 64MP with Samsung GW3 lenses. The kitchen leak also uses Snapdragon 778G. For the official price itself, it has not been officially announced, it’s just that the leaks circulating for the Xiaomi 12 Lite 5G are in the range below Rp. 8 million 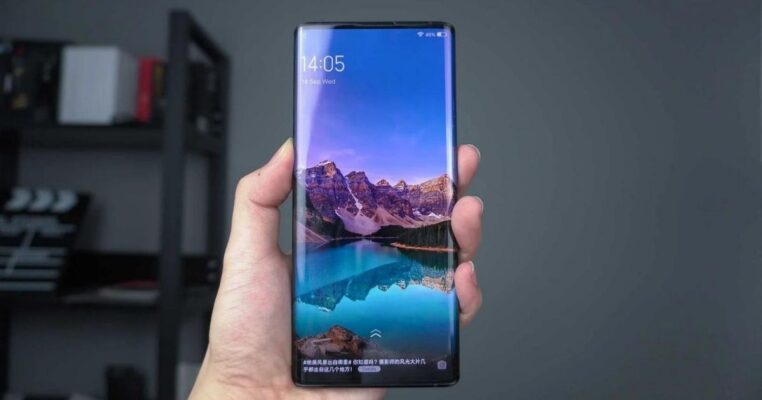 The Vivo X Note has also become a hot topic of conversation since rumors of its launch at the end of March 2022. The leaks circulating also mention that the smartphone uses a Snapdragon 8 Gen 1 runway with 12/256 GB. The main camera is 48MP and the battery capacity is 5,000 mAh. The battery power will be supported by features fast charging 80W.

Read also: The price of Vivo V23 5G in Indonesia, a cellphone that can change color

The Oppo brand also doesn’t want to be outdone by releasing its newest series. One of them is in the HP 4G line and the last Reno 7 series smartphone line. The advantages are a premium body and a camera that uses a Sony IMX709 sensor and a Microlens zoom feature. The main camera is 64MP and a 2MP micro camera, as well as a macro camera with a 2MP resolution. The size of the storage memory is 8GB/25GB. Meanwhile, the battery capacity is 4,500 mAh. 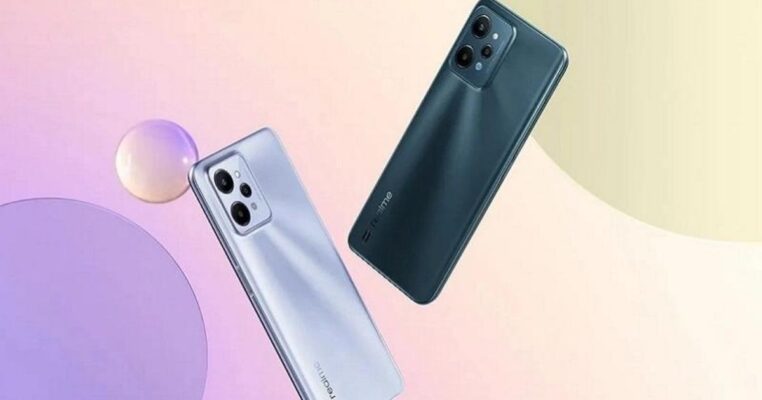 Realme C31 is present in Indonesia by carrying a thin body and using the Unisoc T612 kitchen runway. You can choose two storage options based on your needs, namely 3GB/32GB and 4GB/64GB. On the rear camera there is a 13MP main camera, 2MP macro, and 2MP Portrait B&W. The battery is 5,000 mAh and has super power saving features that are claimed to last up to 45 days. 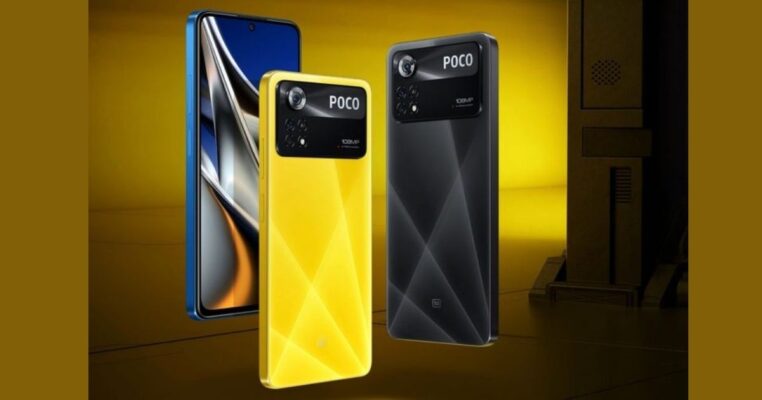 Poco X4 Pro 5G officially launched using the Snapdragon 695 runway. There are three cameras consisting of a 108MP main camera, 8MP Ultrawide, and 2MP Macro on this cellphone. Then, for the selfie camera, it has a 16MP resolution. The screen has adopted AMOLED and is protected by Gorilla Glass 5. The battery is 5.00 mAh with fast charging 67W. That way, it can be used to charge 0-70% in just 22 minutes. 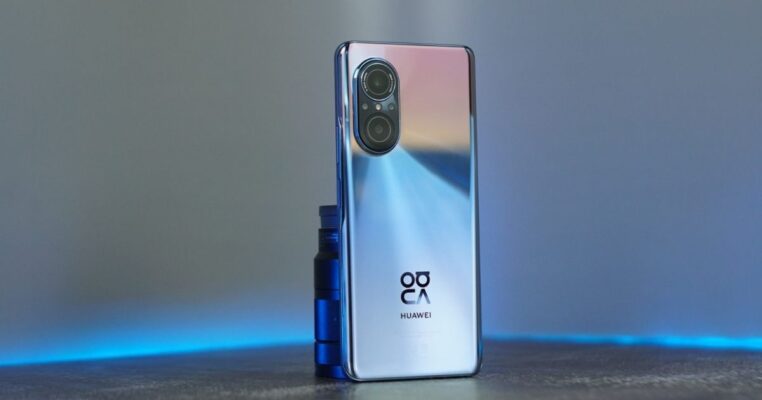 Then, there is the Huawei brand which launched the Nova 9 SE series as a complementary variant of the Nova 95G and Nova 9 Pro 5G. For the screen, it uses an IPS LCD Full HD +. The main camera is 108 MP, while the Wide is 8MP, and the Depth is 2MP. Then there is the 2MP macro camera. For selfies there is a 16MP camera. This cellphone is available in two storage capacities, namely 8/128GB and 8/256GB. In addition, it also relies on HarmonyOS EMUI12. However, you have to be patient because there is no official news that this cellphone will be released in Indonesia or not.

An April 2022 HP recommendation that doesn’t drain other pockets is the Samsung Galaxy FE 23. The kitchen is powered by Snapdragon 750G with 4GB/6GB RAM options and 128GB internal storage capacity. The battery is also jumbo with a capacity of 5,000 mAh and is supported by the 25W fast charging feature. The back has a 50MP main camera, 8MP Ultrawide, and a 2MP Macro. Then, there is also a selfie camera with 8MP resolution. Not only the X Note series, the Vivo brand is also predicted to release its newest cellphone in April 2022, the IQOO Neo6. The cellphone is a generation from the previous Neo5. It is said that the kitchen will use Snapdragon 8 Gen 1. The battery power is 4,700 mAh and 80W fast charging. In addition, there are several variants of storage capacity ranging from 8GB/128GB RAM, 8GB/256GB, and 12GB/256GB.

Also read: 10 Best Camera HP Recommendations for You who are Instagrammable 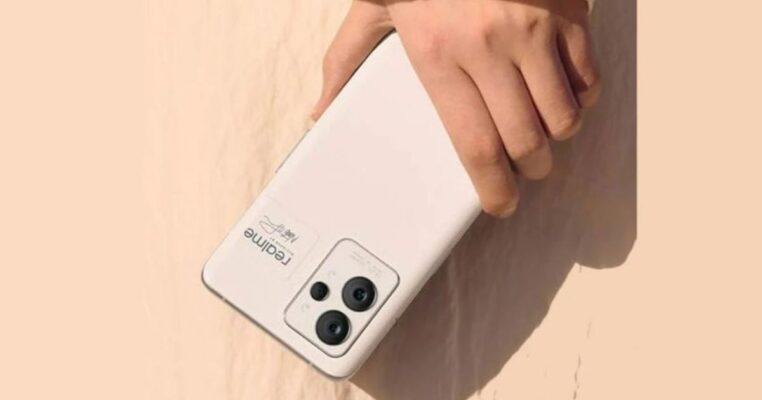 Realme GT2 Pro was officially released in Indonesia at the end of March 2022. The screen uses a Super Reality Display and has a Corning Gorilla Glass Victus screen protector. The rear camera uses a 50MP Sony IMX766 lens. The battery is also quite large in the 5,000 mAh range with the SuperDart65W feature to fully charge it in just 33 minutes. The processor uses Snapdragon 8 Gen. Its storage capacity is 12GB/256GB.

Released in mid-March 2022, the Redmi Note 11 Pro is worthy of consideration for the latest April 2022 cellphone. The kitchen is powered by Snapdragon 695 with a storage capacity of 8/128GB. The screen itself uses Super AMOLED. For the camera sector, there are three rear cameras, namely a 108MP main camera, an 8MP Ultrawide camera, and a 16MP front camera. Meanwhile, the battery has a capacity of 5,000 mAh with 67W fast charging. 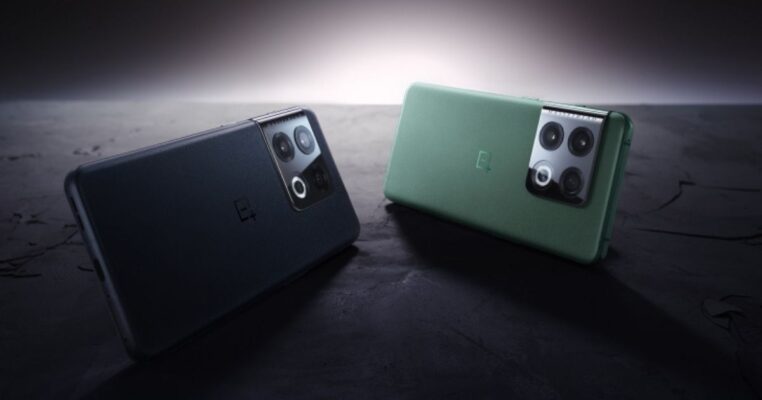 Finally, there is the OnePlus 10 Pro which was released in China some time ago. The chipset uses Snapdragon 8 Gen 1. The screen uses an LTPO 2.0 AMOLED. The selfie camera has a 32MP resolution using a Sony IMX615 sensor. Then, on the back there is a 48MP main camera, 50MP Ultrawide, and 8MP Telephoto. The battery capacity is also jumbo 4,500 mAh and fast charging 50W. The memory starts from 8/256GB and 12/256GB. Friend Doran, those are some HP April 2022 recommendations that have been released and will be released. Don’t forget to always check the availability of the smartphone in Indonesia. You can get the best smartphone according to your needs only at Doran Gadget. All the products we sell are original items with an official manufacturer’s warranty and competitive prices.

Also complete with gadget accessories to support the use of smartphones for daily activities. Starting from headsets, TWS, screen protectors, powerbanks, holders, and so on. More information contact our CS via WhatsApp here and follow us on Instagram Doran Gadget. Now, you can also shop more easily, safely, and comfortably in the Doran Gadget application.

admin Follow
« Full review of Driver Reviver along with features and prices
7 Differences Garmin Instinct 2 vs Fenix ​​7, Which is Better? »